Regarded as a “dance luminary” (The Washington Post), “pure joy in toe shoes” (The Los Angeles Times) and “the ballerina who can stop time (and re-start it too)” (The New York Times), Tiler Peck is widely recognized as one of the top American Ballerinas of our time. A Principal Dancer with the New York City Ballet, an actress, choreographer, author and designer, Tiler continues to evolve as an artist and add to her extensive repertoire.  She added the title of curator when she launched and starred in the Los Angeles Music Center’s presentation of BalletNOW, a part of the Glorya Kaufman Presents Dance at The Music Center program.  Tiler was the subject of the Hulu feature documentary, Ballet Now from Paul Allen’s Vulcan Productions with executive producer, Elisabeth Moss and director, Steven Cantor. She also had the honor of choreographing the box office smash action movie, John Wick: Chapter 3 – Parabellum.

Tiler most recently starred in CLI Studios’ A New Stage and the World Premiere of William Forsythe’s The Barre Project (Blakeworks II), both of which she served as Executive Producer on.  She appeared in Season 7 of Ray Donovan opposite of Liev Shreiber and the Netflix series Tiny Pretty Things.  As a guest star, she was the first ballerina ever to appear on The Ellen DeGeneres Show, she guested on Dancing with The Stars for three seasons, the Bravo TV show Rocco’s Dinner Party and on Julie Andrews’ Netflix series, Julie’s Greenroom. She also starred in the film Ballet 422.

Ms. Peck was born in Bakersfield, California where she began her dance training at the age of two at her mom’s dance studio. At the age of 14, she entered the School of American Ballet, the official school of New York City Ballet, full time. The same year, she became an apprentice with the New York City Ballet and in a few short months was asked to join the Company as a member of the corps de ballet.  Tiler was promoted to Soloist in 2006 and to Principal Dancer in 2009 where she remains to this day.

Tiler made her Broadway debut as Gracie Shinn in Meredith Wilson’s The Music Man at the age of 11 and also appeared on Broadway as Ivy Smith in the Tony Nominated On The Town. She portrayed the role of Louise in the Emmy-nominated production of New York Philharmonic’s Live From Lincoln Center production of Carousel and recently played the title role in Susan Stroman’s newest musical, Little Dancer, at the Kennedy Center.  She is attached to star in the production, now called Marie, for its Broadway run.

Ms. Peck had the honor of performing for President Obama at the 2012 and 2014 Kennedy Center Honors.  She was the 2004 Mae L. Wien Award winner, the Janice Levin Honoree for 2006-2007, winner of the Leonide Massine’s Positano Premia La Danza for International Emerging Artists and a 2004 recipient of a Princess Grace Foundation- USA Dance Fellowship. In 2013, she was named Forbes 30 under 30 in Hollywood Entertainment and won the Princess Grace Statue Award. She also received the 2016 Dance Magazine Award.

With a passion and keen eye for fashion, Tiler is the designer of Tiler Peck Designs for Body Wrappers, a studio to streetwear clothing line that includes bodysuits, dresses, leggings, shorts, skirts, rompers and bra tops in addition to leotards and tutus. Tiler is also the designer of the upcoming capsule collection, Tiler Peck X STATESIDE, in collaboration with the popular Los Angeles-based sportswear company, Stateside. Her first children’s book was published on May 5, 2020 from Simon & Schuster called Katarina Ballerina. With the universal language of dance as a backdrop, the title character, Katarina, learns that with hard work and determination everything is possible and the qualities that make us different can often be our biggest strengths. Her second book in the Katarina Ballerina children’s series, Katarina Ballerina & The Victory Dance, continues the adventures of Katarina as she helps a fellow ballet dancer Ricky follow his dreams! The book was released in September and can be found at all major retailers. Tiler and her beloved pup Cali live between NYC and her native California. 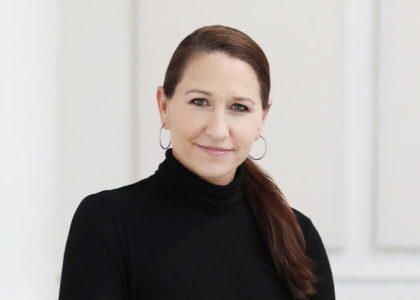