Richard Villaverde was born in Miami FL, and began dancing at the age of 13. 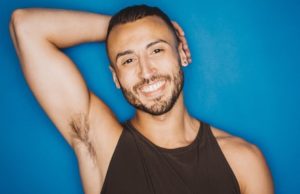 He received most of his early ballet coaching from Maria Eugenia Lorenzo, trained at Dancetown, under the direction of Manuel and Lory Castro, and graduated from New World School of the Arts, under the direction of Daniel Lewis. In 2009, Richard won the national title of “Senior Male Outstanding Dancer” at New York City Dance Alliance, and he was also awarded a full scholarship to The University of the Arts in Philadelphia, PA, where he trained with Douglas Becker, Michael Sheridan, Ronen Koresh, Scott Jovovitch, and Christine Cox. In December 2011, Richard was selected to study abroad at La Biennale de Venezia for six months, under the direction of Ismael Ivo. While there he worked with world-renowned contemporary artists, and upon returning to the United States, he began his first season at BalletX. Since joining BalletX in 2012, Richard has been in over 30 world premieres by choreographers including Matthew Neenan, Nicolo Fonte, Jodie Gates, Trey McIntyre, Kevin O’Day, Annabelle Lopez Ochoa, and Cayetano Soto.