Roderick Phifer was born and raised in Charlotte, North Carolina, where he graduated from Northwest School of the Arts. 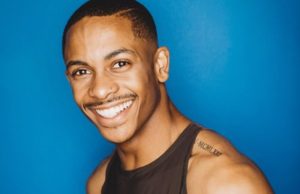 At the age of 11, he found his interest in ballet after a summer intensive at Debbie Allen Dance Academy. Shortly after this experience, he received a scholarship to train at North Carolina Dance Theater, under the direction of Jean Pierre Bonnefoux and Patricia McBride. He later finished his training at Dance Productions, under the direction of Lori Long and his mentor Denise Britz-Clark. Roderick graduated from North West School of the Arts and continued on to the University of the Arts, where he received a full-tuition scholarship. He received his BFA from the University in 2017 and began his journey with BalletX. In his spare time, he is a freelance contemporary dance teacher and choreographer. He has had the opportunity to teach at UPenn Arts House (2016-2018) and has been a guest teacher with Jena Burgin-Peters Entertainment in Charlotte, NC since 2013. Most recently, he was invited to teach at World Dance Camp in Poland (2018-2019).