Barnel A. Anderson Jr. was born and raised in Northeast Philadelphia, Pennsylvania. His introduction to dance began with his exposure to pop, hip hop, R&B, and reggae played on local radio as well as dancehall videos. He began his formal dance training at the age of fifteen at The Arts Academy at Benjamin Rush High School. He continued his training at The University of the Arts, where he earned a BFA in dance performance in May 2019. While at UArts, Barnel had the opportunity and privilege to perform original works by choreographers Kyle and Dinita Clark of JustSole Philadelphia, Niall Jones, in Germany at the Sixth Biennale Tanzausbildung and The Chocolate Factory in NYC. Barnel completed National Dance Institute’s Two-Week Teaching Artist Training Intensive in New York City in 2019. His influences are Kyle and Dinita Clark, Katie Swords Thurman, Parris Goebel, and Ian Eastwood. These teachers and makers have inspired his movement, way of thinking, and choreography. With his roots in Hip Hop, Barnel weaves his training in Ballet, Jazz, and Modern to make an amalgamation of movement qualities that represent his experiences in the world. 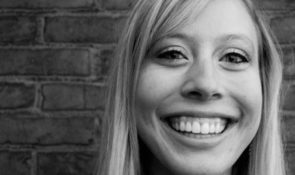