“dance is a great way to connect with people.”

Eliza Walmsley co-chaired BalletX’s young professionals group, the Young Xers. We caught up with Eliza to learn more about her and the important volunteer role she played with BalletX.

Your welcoming remarks at Young Xers Night are always so genuine and heartwarming. What makes you such a good public speaker? Do you have any tips for the timid and bashful among us?
Ha – this made me laugh. I actually get very nervous before speaking to a crowd. I have a BA in Performance Theatre so that might have a little something to do with my success at not appearing like I am nervous. I would also say just being confident in who you are – there is nothing more genuine and welcoming than being your authentic self.

Tell us more about your background? What makes you perfectly suited to co-chair Young Xers and where’d you get your volunteer-minded spirit?
I am originally from a small town in Southern Virginia and grew up attending as much performing arts as my small town and surrounding areas could offer. I went on to study performance theatre and later received my MFA in Performing Arts Management from UNC School of the Arts. It was through my educational experiences that I honed in on my skills and passion for fundraising. I love connecting and building relationships with people that also have a general passion for the arts too. While in North Carolina, I also chaired another young professionals group affiliated with our local Arts Council and it was through that opportunity that I developed the necessary leadership skills to organize a group, garner support, and connect with young professional across different areas of the city. My current role as Major Gifts Officer at the Philadelphia Museum of Art has also poised me to be in a great position to meet and connect with a lot of people too.

I believe in the power of giving – whether monetary or with your gifts and talents. This is something that my parents instilled in me at a young age and its funny how that has now become my life’s work.

How did you first get involved in BalletX and what drew you to accepting the role of co-chair of Young Xers?
My first time visiting Philadelphia was in the summer of 2016 and at my hotel I saw an advertisement for BalletX and attended the summer series. I was truly blown away by the creativity of the performers, and that I was seeing world premieres. I was also amazed that the audience was young and so diverse, unlike what you might see at other performances. I gladly accepted role as Co-Chair because I wanted to be a part of the company’s growth and contribute my skills and talents. There is something so special and unique about BalletX that I just knew I wanted to be involved.

Everyone seems to have a different idea about what the “X” in BalletX means. What does it mean to you?
Oh! I love this question. I think it means Xperimental. Does that count?

What makes BalletX’s Young Xers Night stand out from other young professional events in Philadelphia?
While I enjoy and attend other young professional events, BalletX is really about the performances. Each series brings back familiar Young Xers, but also new people are coming and attending. To me that is exciting that we continue to attract new and different people. I also like that we’re not too stuffy or try to make it a forced networking event. The art is at the center of what connects us and I love that. I also think that we are a very affordable option for a girls night out, date night, or for just meeting cool people who are also interested in BalletX.

Why do you believe in Young Xers? What’s so important about it?
I believe in Young Xers because I fundamentally believe that the arts and especially dance is a great way to connect with people. There is something special about the community building that happens when you bring young people to the table. And of course, with my background, this is an awesome and authentic way to build the next generation of ballet goers and supporters. It is critical that institutions pay attention to this group, while we may not be able to make major gifts now, we are still supporting, attending, and serving as incredible ambassadors to BalletX.

Do you like to dance? Tell us why or why not?
Absolutely love to dance! But you will never see me on stage dancing.

What’s the most Philly thing about a night at BalletX at The Wilma Theater?
13th Street Cocktails and Dock Street Brewery very generously donated cocktails and beer for our Young Xers Night.

Tell us in five words why everyone should attend the next Young Xers Night?
It is a dope as hell. If that isn’t allowed, how about – you will be not be disappointed. 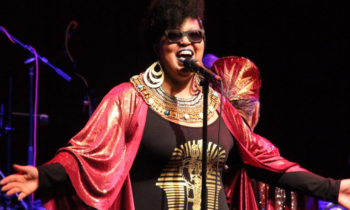 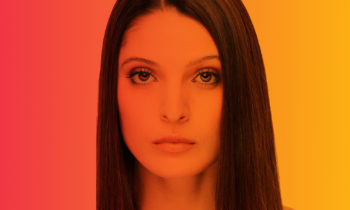