Within the gargantuan mass of swirling energy we know as the sun, it takes up to a million years for the quanta that eventually forms into the tiny photons we perceive as sunlight to make its way from the center of the sun, to the surface, and finally here to the Earth. A million years – for one infinitesimal instant of visual perception, one tiny speck of warmth, one small caloric unit produced by photosynthesis.

And that’s just our own sun. It is no secret that the light from many of the stars we see in the sky is billions of years old in itself, even after having left its own original gargantuan mass of swirling energy. Actually, when this ancient light is absorbed by our retinas, we’re looking at images of what used to be, because since those stars are so far away, the light we are receiving describes images of a star as it existed billions of years ago.

Pertaining to light itself, as science understands it now, the photons which in unison form the mediums we understand as visible and invisible light have no mass – none – which means they are, in someways, in – finite, or in other words infinite. This explains the scientific fact that, if a photon released into space is never absorbed by any other type of matter, it will just go on hurling through the ether, for eternity.

This interesting anecdote implies that reality and finitude as we know it is in fact ensconced and made perceptive by an in-finite source, or in other words, a source which defies the norms of the very reality it makes perceptive. All we know, and love, and understand; all that is made to move, and breathe, is made possible by a source of energy that can be described as infinite.

And this is true in more than one way. The characteristics of light in fact form the reference that frames the boundaries of physics. Although new breakthroughs are being discovered every day, it is generally accepted that nothing can move faster than the speed of light, which is 186,000 miles per second. One particularly bizarre aspect of light, is that the speed of light never changes depending on your relative speed. Say for example, you were traveling somehow half the speed of light. If someone from a fixed point shot a laser past your traveling ship, you would still measure the speed of that light as 186,000 miles per second, relative to your own speed. According to Einstein, this happens because as we approach these types of speeds, time as we know it begins to slow down, and since space and time are inextricably linked, we always perceive light as an unchanging velocity, up until we ourselves approach the actual speed of light, at which point, it is posited – time stops, and we disappear.

Nothing else as far as we know besides light can go that fast and still exist in space-time. But this begs the question: if time stops when something approaches the speed of light, does this not imply that light really is eternal and infinite?

But if something is eternal and infinite, how can it be possible that it is also, in fact, finite, since we can perceive it in this finite world, since it is measurable, and since we rely on it as living beings?

Curiously, some other evidence additionally seems to confirm light’s mysterious eternal and infinite qualities. In the phenomenon described by Einstein as “spooky action at a distance”, two photons sent from the same source, traveling in opposite directions, remain intimately connected across space, and faster than time supposedly allows. When the spin of one photon is affected, somehow the other photon’s spin is instantly and equally affected, no matter how far the distance. As Brian Greene describes in his book, The Fabric of the Cosmos, (quote) “Pairs of appropriately prepared particles – they’re called entangled particles- are like a pair of magical dice, one thrown in Atlantic City and the other in Las Vegas, each of which randomly comes up to one number or another, yet the two of which somehow manage always to agree. Entangled particles act similarly, except they require no magic. Entangled particles, even though spatially separate, do not operate autonomously…

“The experiments show that from the viewpoint of an experimenter in the laboratory, at the precise moment one photon’s spin is measured, the other photon immediately takes on the same spin property. If something were traveling from the left photon to the right photon, alerting the right photon that the left photon’s spin had been determined through a measurement, it would have to travel between the photons instantaneously, conflicting with the speed limit set by special relativity…

The outcome of what you do at one place can be linked with what happens at another place, even if nothing travels between the two locations – even if there isn’t enough time for anything to complete the journey between the two locations…This sounds totally bizarre. But there is now overwhelming evidence for this so-called quantum entanglement.” (end quote)

All of this information seems to posit the notion that, somehow, light itself can communicate with itself faster than the speed limit it supposedly imposes upon space-time. This implies that light, in referencing itself, has the ability to operate outside of the known limits of space and time, making it in fact, again, a field of eternal, infinite energy that simultaneously frames the boundaries of finitude. Totally bizarre indeed.

Greene and other physicists have another explanation for this mysterious phenomenon, but his own reasoning presents other interesting possibilities. As he continues, (quote) “The consensus among physicists is that any such apparent conflict with special relativity is illusory. The intuitive reason is that even though the two photons are spatially separate, their common origin establishes a fundamental link between them. Although they speed away from each other and become spatially separate, their history entwines them; even when distant, they are still part of one physical system. And so, it’s really not that a measurement on one photon forces or compels another distant photon to take on identical properties. Rather, the two photons are so intimately bound up that it is justified to consider them- even though they are spatially separate- as parts of one physical entity.” (end quote)

This means that, according to some theories of physics, two photons can remain mysteriously connected across immeasurable distances. And although this explanation may conflict with an idea of timelessness, it nonetheless collapses any notion of space or separateness that we can conceive of.

What are the implications of all of this? Is the speck of primordial light from the distant star absorbed by your retina somehow timelessly linked to another photon hurling through space somewhere far away, thereby implying that space as we perceive it is illusory? Do these ancient yet instant, invisible yet pervasive properties characterizing the energy field that is in fact the source of all life convey the presence of a type of consciousness imbedding itself simultaneously within two known parameters of reality? And if so, does this field that visibly and invisibly ensconces all of perception provide the uncanny framework that allows conscious beings to somehow know without knowing, to remain intuitively connected to another across large swaths of space and time, or to at any moment float into a bright calming other-worldly light, thereby transcending this reality for another? Who knows? 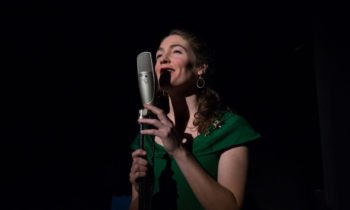 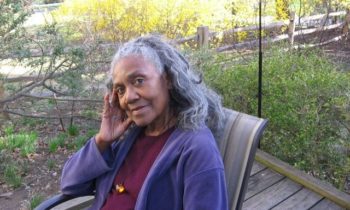