When asked about the process of making Beautiful Once, Jodie Gates’ third commission for BalletX, one of the dancers said, half-jokingly, “We should call it Wonder Woman. She’s teaching us to rule the universe!” Gates laughed out loud hearing this, then explained that she wants to see the women “drive the movement and own their power.” Especially when partnered in turns or lifts, Gates wants the women to be active rather than passive. And when en pointe, Gates asks the women to dance on every surface of the shoe—the side, the top, the bottom—to “make friends” with it. The result is risky-looking, with radical inclines where the body tips way off vertical. The male partners are challenged to keep pace with the ladies in rehearsal, all experimenting to see how far they can stretch toward abandon, toward near-falling, and to find the maximum release before snapping back into strong upright posture for a balance or pirouette. Gates says that the BalletX dancers’ ability to move fluidly between that kind of release and the more held verticality of classical ballet is a sign of their deep artistry.

For Gates, who danced with Pennsylvania Ballet and has restaged ballets there by William Forsythe, returning to BalletX and to Philadelphia feels like coming home. Based in Los Angeles now, she wears many hats including directing the University of Southern California’s Glorya Kaufman School of Dance.

Beautiful Once is a close collaboration with Ryan Lott of Son Lux. Gates values the rich counterpoint in Lott’s vocal and chamber music tracks, which help set the piece’s mood and amplify its meaning. Along with using music as a starting place, Gates shared her current contemplations about experiencing community with the dancers, Lott, and her other collaborators. Observing the dancers in their rigorous work together, she says “I can see that it’s feeding their souls.”

Matthew Neenan considers community in quite a different way in Let mortal tongues awake, his newest work for BalletX. Knowing that the piece would premiere at the Prince Theater, he noticed how the ledges on either side of its stage offer the option of placing dancers at differing heights. To him that suggested themes of power struggles and submission. The resulting work portrays individuals, couples and groups challenged through their relationships to authority. Their chins thrust forward and their shoulders hunch as they battle for dominance or demand to be loved. With its musical selections ranging from the baroque, to found sound, to a patriotic song, its implications are broad, from the personal, to the political, to the universal.

In Castrati by Annabelle Lopez Ochoa (2011) there’s yet another kind of grouping, an imagined gathering of the seven last castrati. The dancers convey the paradox of these figures—the lush beauty of their voices and the music written for them along with the torment of those neutered in the name of exquisite song. While castrati are history, the suffering required of artists to produce certain kinds of art remains to this day.

July 31, 2017
Behind the Ballet, Program Notes
RELATED POSTS
Exposure: In Between the Passing
Read More 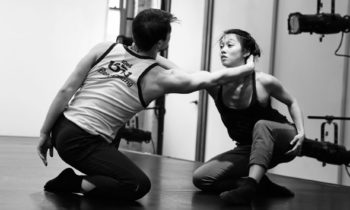 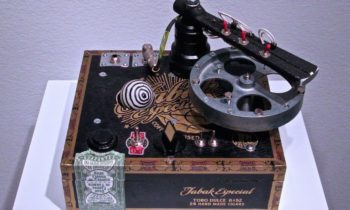