Every year, when August rolls around, we dancers at BalletX know what’s coming. The Vail Dance Festival.

We’ve come to treat Vail as something of a summer home, and are honored to be represented there so often. However, performing in the mountains also comes with its fair share of challenges, and I know I don’t speak only for myself when I say that I was both nervous and excited to be premiering Sunset, o639 Hours for the first time at the Gerald R. Ford Amphitheater.

The company up until this point had not really toured since before the onset of the pandemic, so expectations and anticipation were high. Preparing for the show felt a bit like what I imagine preparing for a marathon would be like; in one sense you know it will be hard, yet you also don’t know in what ways exactly you may struggle. Yet, when the company arrived in Vail and finally took the stage, it became clear that our long unquenched thirst for performing would outweigh any jitters we might have about the altitude.

It was exhilarating to finally connect with an audience again, especially one who had never seen such an emotionally wrenching show like what choreographer Matthew Neenan and all of Sunset‘s many artistic collaborators created. I think in many ways, both the dancers and the audience experienced a bit of catharsis in finally welcoming live art back into our sphere. Art that both taps into the joys of athletic bodies bounding through space and also the tender moments of interaction between two souls. We were all privileged to partake in that evening, and the fact that it happened there, in the shadow of the glorious Colorado mountains, only made it more magical.

It was a treat as always to be a part of this spectacular festival celebrating the art of dance, and I’m thankful to have returned to performing again with such an impactful work.

PHOTOGRAPHY BY CHRISTOPHER DUGGAN FOR THE VAIL DANCE FESTIVAL 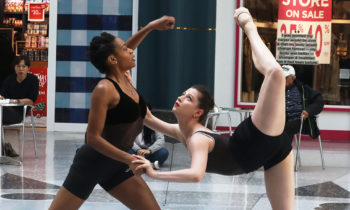 The X-Labs with Chloe Perkes and Julia Li
Read More 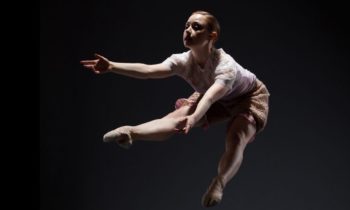