BalletX
World Premieres
to Date:
84
Lil Buck in the Studio

Lil Buck is creating a new work on the company to premiere at the Vail Dance Festival in the Gerald R. Ford Amphitheater on August 11. Damian Woetzel, Artistic Director of Vail Dance Festival, is a longtime supporter of both BalletX and Lil Buck, and helped to facilitate the collaboration.

Charles “Lil Buck” Riley is a Los Angeles-based dancer and model from Memphis, Tennessee. He specializes in jookin’ and often ventures into another style of street dance called popping, as well as ballet. Lil Buck has performed with Madonna at Super Bowl XLVI and on her 2012 MDNA World Tour, and he was a cast member of Cirque du Soleil’s Michael Jackson: One. His iconic iPhone 7 and Lexus commercials have established widespread recognition of his unique dance style, and his collaborations with Mikhail Baryshnikov, Benjamin Millepied, and Damian Woetzel have generated crossover appeal in the ballet world. In collaboration with Miami popping star Jon Boogz, he recently created and is touring the country in his first evening-length show, Love Heals All Wounds – a work addressing police brutality, mass incarceration, gender and racial equality through dance and poetry. In a recent New York Times piece covering the show, Lil Buck said, “There is a solution and a way out of this: love.” 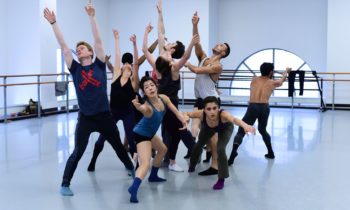 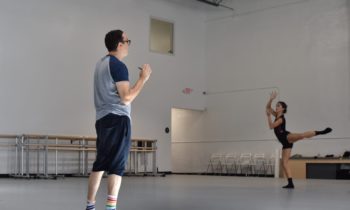